Just 8 full seasons in, Trout already ranks in the top 100 of career WAR at 72.8.  If he continues this pace (who knows, exponential growth isn’t real) he has a chance to sit alongside players like Babe Ruth and Barry Bonds at the top of the most valuable players in the history of the game.

What makes Mike Trout different?  Why is he able to be so much more successful than those players around him?

There are many factors that go into being a successful hitter.  In this blog, we will attempt to explain Mike Trout from a “mechanical” perspective of vertical bat angle

The constraint led approach tells us that movement solutions come as a result of the interaction between performer, task, and environment.  In order to understand an individuals movement outcome, you can start by examining how they are built

Trout, standing at 6’2, appears to an above-average length torso and a below-average length legs.  To put it another way, he has short legs for a player his size. 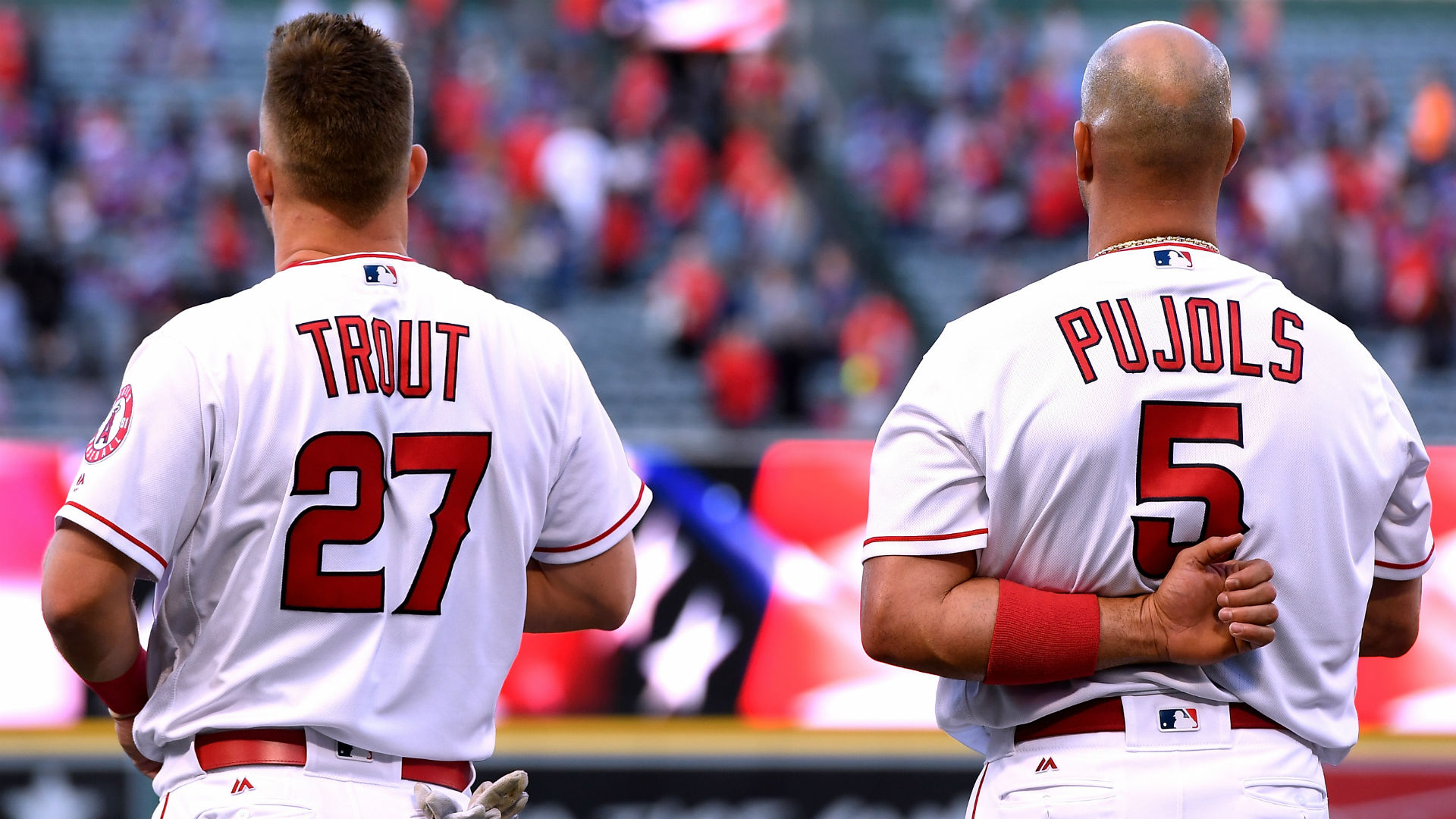 What does this mean for Trout?

For most players side bending is a swing quality that you mainly see for pitches that are lower in the zone.

What this means is when a player transitions from forward posture into rotation their back shoulder will work under their front shoulder and as a result, you will see the shoulders “plane” with the pitch.  Not only does this create swing plane with the incoming pitch but it also creates space for the arms to work in the swing.

One of the potential factors of side bend could be the measured distance from a player’s belt to the line of his shoulders.  Because Trout has an above-average length torso he has had to naturally default into more side bend in order to reach pitches at his belt and get them into the air.

Why is this important?

Now, if you combine VBA with less horizontal swing path(across the body) now the player is keeping the bats “sweet spot” in the pitch plane much longer.

Popular hitting coach Doug Latta refers to this as “holding the line” which is another way to say add VBA and try to eliminate horizontal swing path across your body.

Now back to Trout.

Combining all the factors of anatomy, side bend mobility, and external intent to drive the ball it is a safe assumption that Trout produces above-average VBA in pitches in the top 1/3 of the zone

As a matter of fact, according to swinggraphs.com 3D swing model, Trout produces an amazing 34.1 inches of VBA on pitches up and in.  This is well above the mean for players his height.

What does this mean in a game environment?

A hitter that has the ability to keep the sweet spot of the bat on plane with the incoming pitch maximizes their opportunity to make square contact at a high rate as well as compensates for the most successful outcomes for mishits.

Other higher VBA, low strikeout players in the MLB include Joey Votto (has popped up in the infield 1 time in 10 years) and Freddy Freeman (below the league average in K%)

(Joey Votto VBA on a pitch up in the zone)

Vertical bat angle should be a key performance metric for any hitter.  Combining this will horizontal swing direction, a hitter will now be giving themselves the most opportunity (combined with bat speed, timing, & adaptability) to maximize their batted ball output.

Leave a reply Click here to cancel the reply